The Langstone rock field at Dawlish Warren is a treasure trove of rocky shore wildlife but it can only be accessed around low water and extreme caution should be exercised not to get trapped once the tide has turned. The main part of the rock field is sited on the Exmouth side of the Langstone rock. The easiest way to get to it is by steps from the promenade onto the beach about 200 m towards Exmouth from the railway bridge. Local trains between Exeter and Paignton stop at Dawlish Warren and it is the terminus for bus 22 from Torquay and Paignton. There is a big car park near the railway bridge.

The Langtone rock field, south of the main attractions at Dawlish Warren 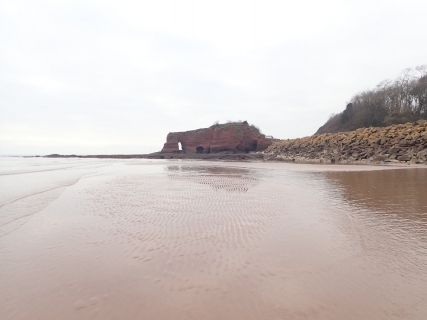 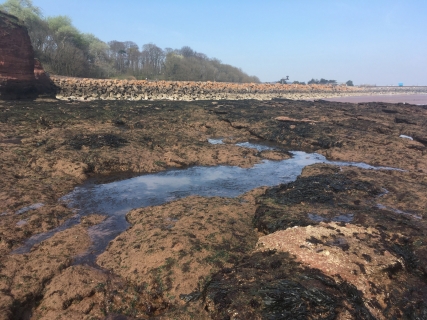 Various views of what you will encounter at different times of the year. Note the large blocks that defend the railway from the sea.